Hello bookworms, I am probably the last person on this planet to talk about The Handmaid’s Tale….oops. This book was incredibly compelling. Typically with books that get incredibly popular, I develop high expectations, and then…..you know what happens (sad face). Anyway, I will not be reviewing the sequel(only discussing it for a bit), The Testaments, although I did read it. The sequel is not as impactful, but if you read and enjoyed The Handmaid’s Tale, I would strongly recommend it! This review is more of a ranty discussion post, so BUCKLE UP, FOLKS. We may get off-topic, and yes….we will, but that’s okay.

The Handmaid’s Tale by Margaret Atwood

Offred is a Handmaid in the Republic of Gilead. She may leave the home of the Commander and his wife once a day to walk to food markets whose signs are now pictures instead of words because women are no longer allowed to read. She must lie on her back once a month and pray that the Commander makes her pregnant, because in an age of declining births, Offred and the other Handmaids are valued only if their ovaries are viable. Offred can remember the years before, when she lived and made love with her husband, Luke; when she played with and protected her daughter; when she had a job, money of her own, and access to knowledge. But all of that is gone now . . .

Funny, unexpected, horrifying, and altogether convincing, The Handmaid’s Tale is at once scathing satire, dire warning, and tour de force.

Not sure a summary is even needed, is there a human on this planet who dosen’t know what this book is about?

This book is scary. It’s not a horror nor a thriller, but it scares me more than any book from those genres ever has. This book is a possible reality. One that looks clearer and clearer by day. It’s easy to separate yourself from the book you are reading. It’s fiction, after all; it’s legitimately made up. But actually, Margaret Atwood has repeated time and time again that she didn’t make any of this up. Yes, she created the characters and plot and wrote it, but the backstory, nor the main issue the book deals with, did not come from thin air. In an interview she did with Penguin UK, she specifically references her “research.” She would keep clippings of articles and papers talking about events happening around the world. She then referred to them when writing The Handmaid’s Tale.

This is particularly intriguing. Intriguing and terrifying. Not only is this possibility becoming a reality, but many laws are already in favour of something similar occurring. Anti-abortion laws, religious groups that wish to eliminate the women’s movement, and so much more are all things that aren’t just going to happen but have already happened.

Better never means better for everyone. It always means worse, for some.

And this is why this book is and will remain influential for a very, very long time. I know this is meant to be a book review, but what the book represents is more important than how I feel about it.

To be clear, I gave this book five stars. Five stars, for everything it stands for, the incredible author that wrote it, the writing that inspired me, the quotes that will continue to live with me forever and everything else this book has done for the world.

Here’s an interesting video where Atwood discusses her inspiration:

“As the debut of the latest adaptation of her timeless work of speculative fiction — The Handmaid’s Tale — is about to hit small screens and streaming sites, the poet, author and activist joined us to talk about a book written to address the contemporary political issues over 30 years ago, which may be even more prescient today. In vivid and descriptive detail, Margaret Atwood traces the story of The Handmaid’s Tale from its theocratic and totalitarian inspirations to its current form as a rallying cry in the time of Trump, and what we can do now to reverse the course of dangerous patriarchies holding power. Told with her signature wit and marked wisdom, the author subtly shocks and dependably awes. “

Yes, I know this isn’t a blog about politics, but it seems that reviewing this book means talking about it at least a little. Reproductive health is so so important, and the way it’s portrayed in this book is insane. Some of the headlines I’ve read recently have had me very bewildered. I genuinely had to ask myself, is this real? What world am I living in? One seemingly working against itself, trying to revert to catastrophic ideas and laws.

There are currently many authoritarian, anti-gay, anti-abortion-believing presidents, governments and leaders around the world. These people and these groups hold power and lots of it. Although some may believe that views AGAINST these beliefs are “radical,” isn’t it the exact opposite? Why is it that restrictive ideas, those that LIMIT freedom, are not seen as extreme? Stripping humans of their rights should be unbelievable and UNTOLERATED today. It’s so disappointing and downright sickening that so-called “first-world” countries are seen passing bills, laws and guidelines that promote these beliefs.
While it’s been decades since its publication, the glaring lessons we are meant to take from this novel are more relevant than ever.

I love how Atwood can let the readers see the apparent theme of oppression, the OBVIOUS unfairness in the situation the characters are in, and at the same time shows a group of women who cannot do anything about it. They aren’t a bunch of outspoken individuals who would rather die than live in this situation. They want to live. And although survival is anything but easy, they know the consequences are enormous, probably fatal. We also need to remember that when speaking out about issues that happen around the world. Yes, it is critical to acknowledge the unfair laws and practices that occur worldwide to eradicate them. But it is even more crucial to work to reverse those laws and expose those who have created them. And we need to know WHY. This is the most important thing. There is always a motive. There are billions of people in this world who are good. Even those who can be seen as evil probably know that what they are doing is wrong on some level. So either they are truly evil, or the system they work in supports the bad decisions they make and enables them to keep doing it.

And now that this long, confusing post has come to an end, I’m not exactly sure what to say. Please read this. Please read it, realize why it’s so powerful, educate yourself, do your research, and recognize the significance of supporting who you believe in. Every single one of us has a voice that matters. We can make a change. We can speak up to stop certain things from happening. I know that seeing horrific things can be so demotivating; it can seem like nothing we ever do will be enough. But reading books like The Handmaid’s Tale reminds me that we have no other choice.

Margaret Atwood was born in 1939 in Ottawa and grew up in northern Ontario, Quebec, and Toronto. She received her undergraduate degree from Victoria College at the University of Toronto(fun fact, i got into this university and that college😌) and her master’s degree from Radcliffe College.

Throughout her writing career, Margaret Atwood has received numerous awards and honourary degrees. She is the author of more than thirty-five volumes of poetry, children’s literature, fiction, and non-fiction and is perhaps best known for her novels, which include The Edible Woman (1970), The Handmaid’s Tale (1983), The Robber Bride (1994), Alias Grace (1996), and The Blind Assassin, which won the prestigious Booker Prize in 2000. Atwood’s dystopic novel, Oryx and Crake, was published in 2003. The Tent (mini-fictions) and Moral Disorder (short stories) both appeared in 2006. Her most recent volume of poetry, The Door, was published in 2007. Her non-fiction book, Payback: Debt and the Shadow Side of Wealth ­ in the Massey series, appeared in 2008, and her most recent novel, The Year of the Flood, in the autumn of 2009. Ms. Atwood’s work has been published in more than forty languages, including Farsi, Japanese, Turkish, Finnish, Korean, Icelandic and Estonian. In 2004 she co-invented the Long Pen TM.

side note : do you see this queen? what an inspiration.

Thanks for reading! Have you read this extraordinary book yet?

"in the end, we'll all become stories" margaret atwood View all posts by erin💙 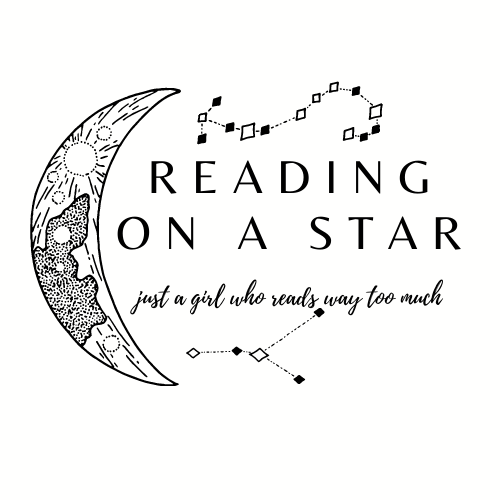