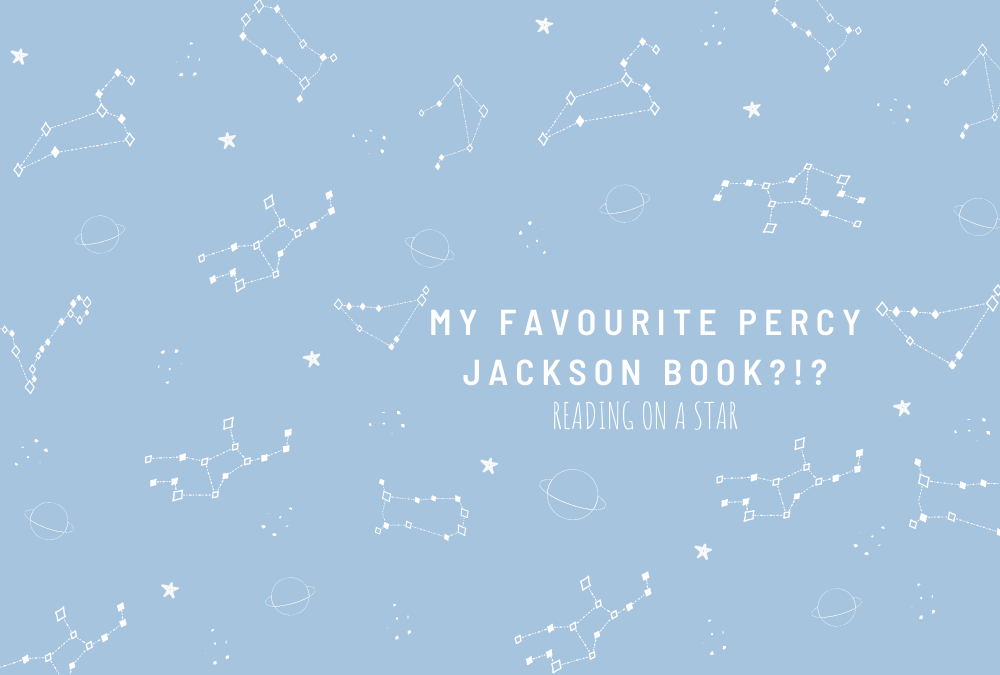 Hello Bookworms, if you didn’t already know I LOVE PERCY JACKSON! I mean I obsessively read them for a few years, and now I just have an undying love for them! YAY! My history with Percy Jackson goes back nearly a decade, as I first read The Lightning Thief when I was 8. This post has been so intimidating to make just because I don’t even know where to start. I love PJO SO MUCH that I could talk(and write) about it for hours and even days on end. I finally decided that I would ~TRY~(keyword: try) to decide what my favourite book from the Percy Jackson Series is. (please note that when I am referring to the series/any of the books I mean Percy Jackson & The Olympians AND The Heroes of Olympus). I always mix these two series, because in my mind they are one BIG series. So I will be briefly discussing my opinion on the books(hint: there is nothing negative to say) and deciding which one I like best(FOR NOW). My opinion very well may change in less than 24 hours, yes I am very ~indecisive~.

MOVING ON!!! Here are all the books in Percy Jackson & The Olympians(in order)!

Now here is my attempt at listing these books from favourite to least favourite (don’t hold me accountable😲).

These books are where I got my interest in Greek mythology and they did shape my personality in some way. Even though Percy Jackson and The Olympians’ writing is a little juvenile for a 17/18-year-old the books are STILL SO GOOD! Reading Riordan’s writing, it’s evident why these books are so popular. The prose could not possibly get any better. The dialogue is on point with each of the characters’ personality and the storyline is beyond impressive.

And here we have The Heroes of Olympus(also in order)!!

This one is going to be SO much harder to list, as this series was written for a more mature age, and IT WAS ALL JUST PERFECT! (if you couldn’t already tell I am pretty biased😳😏).

Long story short, this post is a huge fan letter to Uncle Rick so PLEASE ADOPT ME(sorry mom and dad)!!!!

So if I HAD to pick which novel I would bring with me on a deserted island(yes a very creative and unique question I know…). It would be…….(drumroll please)……….THE MARK OF ATHENA(you probably already guessed…smh).

Thanks for reading! Have you read Percy Jackson(the answer better be yes…..)?

"in the end, we'll all become stories" margaret atwood View all posts by erin💙